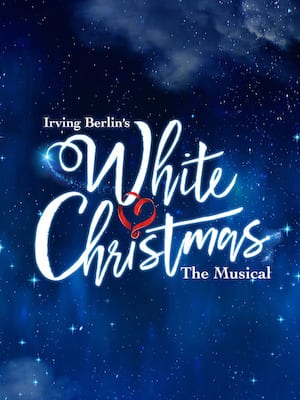 The seasonal classic will warm the cockles of your heart...

Christmas gets classic as this fabulous production of Irving Berlin's White Christmas returns to the road this year, starring Sally Ann Triplett. Originating at Leicester's innovative Curve Theatre back in 2019, the popular American musical is directed by Ian Talbot with choreography by Stephen Mear. An absolute must-see for lovers of old Hollywood musical glamour and featuring some of Berlin's most beloved songs, it's a nostalgic tonic that'll have you smiling from the first bars.

What is White Christmas about?

Phil Davis and Bob Wallace are old army pals who are as thick as thieves. From their antics during WW2, and carrying on through to the show's setting in 1954, these guys have a strong code of honour - not to mention, the ability to turn any situation to their advantage.

One Christmas, they pay their ex-Colonel a visit at his upmarket Vermont ski resort, only to find that it is virtually empty and on the verge of closure. With the bold idea of staging a festive show to revive the fortunes of the lodge, the two friends enlist the help of a pair of singing sisters to create and perform within the musical revue - where sparks fly and romance inevitably ensues!

Suitable for all ages

Please note, live images are from the 2019 production

Sound good to you? Share this page on social media and let your friends know about White Christmas at Bristol Hippodrome.