The Lion King Extends At The Edinburgh Playhouse

Fans of The Lion King rejoice! The hit West End musical, which is currently playing at the Edinburgh Playhouse, has extended its run for another four weeks at the Scottish venue.

The musical, which was scheduled to run through to 29 March, will now conclude its run on the 18 April. Tickets for the extra dates are now on sale!

Based on Disney's 1995 mega-film of the same name The Lion King features music by Elton John, lyrics by Tim Rice, a Book by Roger Allers and Irene Mecchi, costume design and direction by Julie Taymor, choreography by Garth Fagan, scenic design by Richard Hudson and lighting design by Donald Holder.

What is The Lion King about?

Affectionately dubbed "Hamlet with fur", we follow the trials of a young lion prince called Simba, who one day is destined to rule over the sun-drenched Pride Lands, as the Lion King. After the murder of his father by his treacherous uncle, Scar, Simba is convinced of his own guilt in this, and runs away from his pride, in self-imposed exile.

Rescued by an unlikely pair of friends; Timon the meerkat, and Pumbaa the flatulent warthog, both themselves exiles, Simba grows up to enjoy life, whilst not quite escaping the trauma of his past. When Scar's rule threatens the future of the Pride Lands, will Simba finally accept his responsibilities of adulthood to return and stake his claim to the throne and restore harmony?

The Lion King is now playing at the Edinburgh Playhouse!

Broadway and Show news straight to your Inbox!

Read how we protect your data. 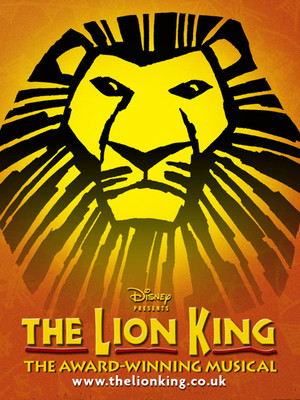 A wonderful, wonderful musical. It will touch a deep chord in anybody